(Not only) Google Analytics – Audit

As I had privelage to previously work in one of the biggest media house in Warsaw (capital of Poland) I was able to solve different analytical issues for different clients. For example: 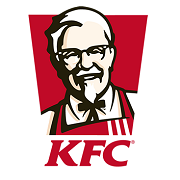 The page is build based on Angular. It makes proper implementation of Google Analytics much harder because the referrer of the second pageview is the same as referrer from which a person came to the site. It screws data. Especially paid search brand traffic is considered as google organic traffic. The solution was to add a rule regarding referrer, so Google Analytics would receive proper data.

After test of the site it was clear that GTM was implemented in non-standard way in source code, which affected the data collection.

Some time ago I finished working for media house and start working (B2B) for G2A.com. Here I found out that a few pages has a proper tag on it but the code wasn’t working. I found out it was because of too big package of data send. Hi!
My name is Richard and I would like to help you with digital marketing. Especially page tagging, as in my opinion it is crucial aspect of all online marketing.

I belive that:
(Properly) measured statistics improve over time.

Find me on social media:

Let's bring your online marketing to the next level.